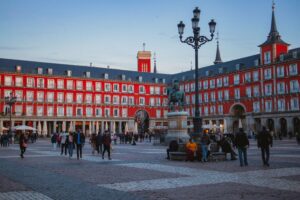 Photo by Eduardo Rodriguez on Unsplash

When Nicolás Maduro rose to power in Venezuela, the family of Rebeca (not her real name) had everything ready to leave Caracas for the white sand beaches and luxurious tropical neighborhoods of Miami . The three brothers, triplets, prepared for the SAT, the United States university entrance exam, and the TOEFL English tests, until an acquaintance told them about his life in Madrid. Eight years later, Rebeca’s parents have sold the properties they owned in the port of Florida to buy an apartment in the Salamanca district , where the triplets live and work. In this exclusive area of the city, a Hispano-American athenaeum has been built in the last decade. Miami has a new rival.

Madrid seduces those who flee America with their fortunes, spurred on by the new ‘pink wave’ that is sweeping the continent with left-wing governments and leaders who threaten their money. From Venezuela and the Nicolás Maduro regime that began in 2013; of Argentina and its galloping inflation; from Peru and the trade unionist Pedro Castillo, who for a month has been trying to quell street riots; from Colombia and the leftist Gustavo Petro, favorite in an election just around the corner; of Mexico and AMLO (Andrés Manuel López Obrador), preacher of austerity… And the capital offers Hispanic-Americans a cocktail of (more) easy-to-obtain papers, real estate investment opportunities and related culture.

“My father was very clear that he wanted to buy in Salamanca because it is a good neighborhood to invest in, a safe investment that is not going to depreciate and when we want to sell the flat one day there will be no loss, it will always be profitable”, explains Rebeca, 25 years old. The triplets have created a company to acquire that and other properties. « Here there are many advantages at the tax level, you are not going to make a tax declaration as in the United States or as in another autonomous community; for example, the tax to inherit is practically non-existent”, adds the young woman, who traveled to Madrid at the age of 17 to study Journalism and now works in a communication agency.

On April 2, ‘The New York Times’ published an article entitled ‘Madrid rivals Miami as a haven for Latin Americans and their money’. The experts consulted by ABC corroborate this. Also the figures for the real estate market. The prices of luxury homes in Madrid are more appealing than those in Miami, where they soared more than 26% in 2021, the highest recorded rise in the world, according to the report by real estate consultancy Knight Frank. The same year, Madrid experienced the biggest rebound in residential sales. “In the ‘high end’ or ultra-luxury market, 70% of the buyers are Latin American ,” explains the managing director of Colliers in Madrid, Luis Valdés. This consultancy sells homes in privileged locations such as Marqués de Salamanca, 11, where the houses renovated behind a façade from the early 20th-century cost around 5 million euros.

Of that 70% of clients that come from the other side of the Atlantic, the majority are Mexicans (70%), according to Valdés, in addition to Peruvians (10%) and Venezuelans (5%). The remaining 15% falls into the category of “others”, with a special role for Chileans since the arrival of the young Gabriel Boric to the presidency and the “new left” that he promulgates. «They are left-wing governments and to ensure their heritage what they do is take it out, before they were more linked to Miami, but Madrid offers culture, language, good weather, gastronomy… And it is the door to Europe. Some feel more at home here than in Miami”, reflects Valdés.

The first wave of investment was Venezuelan, which started in 2010 and has not stopped since then. The latest is from Mexicans, Chileans, and Peruvians, who began their exodus last year. In addition to the preferred neighborhood of Salamanca, in the homonymous district, these buyers invest in the Jerónimos neighborhood, which surrounds the Retiro lung, in the elegant Almagro, with its stately mansions in the Chamberí district, and in the central Justicia neighborhood.

“The good thing about Madrid is that the price per square meter is the lowest” compared to other major European capitals, says the commercial director of the Salamanca district of Engel & Völkers, Miguel Ángel Fernández. According to the firm’s latest report, the real estate sector in the city is once again growing at double digits, 12%, and stands at an average of 4,923 euros per square meter, around 30% cheaper than London or Paris.

But beyond the juicy investments, it is the facilities to process the papers that captivate Hispanic Americans. Félix España flew from Caracas to Madrid with a student visa seven years ago and, after homologating his law degree, he set up an office specializing in immigration. There are six Venezuelans who manage all the paperwork, to date, a hundred non-profit visas and twenty so-called ‘golden visas’, two-year residence permits in exchange for an investment of at least 500,000 euros in a home. “To buy a home for that price you have to see real estate, with the non-profit visa you can travel several times and see the property you want to buy,” says Spain. This permit, “the most attractive”, offers one year of residence without work. “After a year, they buy the property and apply for the ‘golden visa’, it’s quite common,” he adds. 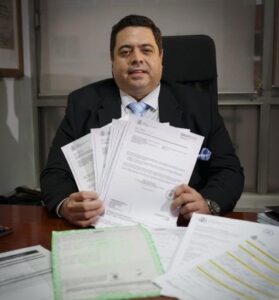 The Government of Mariano Rajoy implemented the ‘golden visa’ program in 2013 as a measure to attract foreign investment. According to the latest available data from the Secretary of State for Migration, Spain has granted a total of 7,231 golden permits: the Chinese (883) and the Russians (658) amass the largest number, followed by Colombians (566), Argentines (466 ), Indians (462), Brazilians (447), and Mexicans (424). Once they exceed those two years of residence, citizens of Ibero-America —also from the Philippines, Equatorial Guinea, Andorra, and Portugal— can apply for Spanish nationality, instead of waiting the usual ten years.

Although the United States has a similar permit, it requires a $1 million investment in a business project, with its structure and its employees. In Spain, furthermore, “no matter what happens, after three years they can be regularized with the measure of social roots; in the United States there is no way, ”says Spain. The former mayor of Caracas, Antonio Ledezma, who is part of the diaspora of exiled Venezuelans in the capital and lives in an apartment in the Salamanca district, is blunt: “It is easier to cross the Atlantic than to cross the Rio Grande.” Madrid is the new Miami.