The price of homes along the Spanish coast grew by 5.7% during the last 12 months, reaching an average cost per square metre of 1,727 euros, according to a report from idealista. 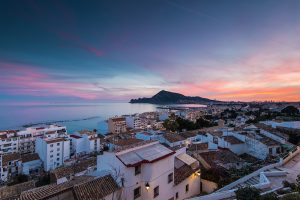 The price of coastal homes on the Costa del Sol grew the most with an increase of 9.9%. In 2018, a Costa del Sol property had an average price of €1,848 euros/m². In 2019 this has risen to €2,030 euros/m². This was a greater increase than the most expensive region: The Balearic Islands. On the archipelago prices have risen by 9.3%. On the coast of Santa Cruz de Tenerfie, prices have risen by 6.3% over the last year.

The next biggest increases were seen in Costa del Maresme (Barcelona) with 4.6%, while both the Costa Cálida (Murcia) and the Costa de Valencia saw a 4.1% increase.

Not all good news

Despite the large increases mentioned, it wasn’t good news for the whole country. Cantabrian coasts suffered year-on-year fallsin their prices. The largest decreases were seen in the Mariña Lucense (-6.5%), followed by the Costa da Morte Coruña (-1.1%), the Biscay Coast (-0.7%) and the Asturian Green Coast (-0.6%).

In all other Spanish coastal areas prices increased.

La Mariña Lucense is the coastal area with the lowest prices, since owners here only ask an average of 949 euros per square meter. The Costa da Morte is very close to this with 957 euros/m². The Costa del Azahar is priced at 1,044 euros/m², the Costa de Valencia at 1,118 euros/m² and the Costa Cálida at 1,144 euros/m².